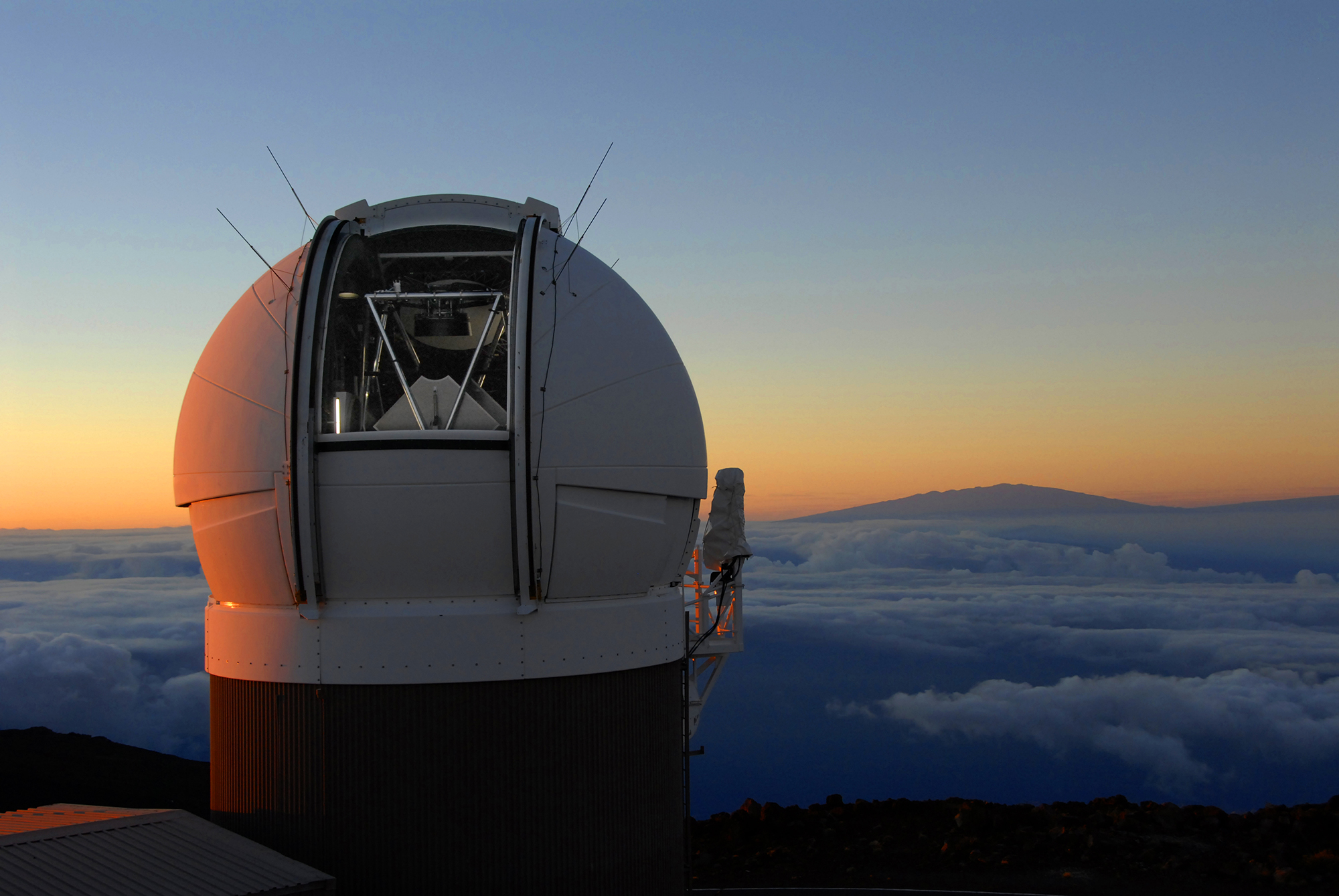 The CCDs are Orthogonal Transfer CCDs, and each CCD has an 8 x 8 grid of 600 x 600 active pixels. This arrangement is not ideal for NEO discovery. The original intent was to move charge around in each of these cells in order to improve image quality by removing low frequency vibrations such as telescope shake. This feature was not implemented, because the CCDs have cosmetic defects that become larger when charge is moved in the cells.

The focal plane is houses in a large cryostat that enables the CCDs to be cooled to reduce noise. The front window of the cryostat is a weak-powered lens that serves a the third element of the field corrector.

Pan-STARRS is seeking funding to upgrade one or both of its cameras. A new camera for Pan-STARRS would likely utilize 18 CCDs, each with approximately 9000 x 9000 pixels.